ANAHEIM, Calif. — October 21, 2011 — Blizzard Entertainment, Inc. today announced plans for the fourth expansion to World of Warcraft®, its award-winning massively multiplayer online role-playing game (MMORPG). Unveiled to a sold-out crowd at the company’s BlizzCon® gaming festival, World of Warcraft: Mists of Pandaria™ lifts the fog of mystery surrounding a long-lost continent that has been newly rediscovered following the events of World of Warcraft: Cataclysm™. The new expansion reintroduces the elusive pandaren, originally seen in Blizzard’s real-time strategy game Warcraft® III, as a playable race and adds a brand-new player class: the martial-arts-focused Monk. While exploring the mysteries of an exotic new land and advancing to the new level cap of 90, players will experience a range of new content and game features, including new quests and dungeons, group scenarios and “challenge” modes, pet battles, and more.

“Players have been asking to see the pandaren in World of Warcraft since the game’s launch, and we’re excited to finally be able to give them a proper re-introduction to Azeroth,” said Mike Morhaime, CEO and cofounder of Blizzard Entertainment. “In addition to the new playable race and class, Mists of Pandaria contains a huge amount of new content, and we’re looking forward to sharing more information about all of it at BlizzCon and beyond.”

In the upcoming expansion, players will be able to explore the long-lost continent of Pandaria, which has remained hidden from the world since the sundering of Azeroth over ten thousand years ago. In the aftermath of the Cataclysm played out in World of Warcraft’s third expansion, Pandaria’s heroes are emerging from their land’s lush forests and cloud-ringed mountains to choose sides in the escalating war between the Alliance and the Horde and to share the extraordinary secrets of their ancient martial arts. As tensions between the factions near a breaking point following the discovery of this new world, players will be called upon to explore Pandaria’s exotic expanses, make contact with its strange indigenous creatures, and unlock the world-changing secrets that have been hiding in the mists for millennia.

New features coming in the game’s fourth expansion include:

Launched in November 2004, World of Warcraft is the world’s most popular MMORPG. The game’s third expansion, Cataclysm, sold more than 3.3 million copies within its first 24 hours of availability, making it the fastest-selling PC game of all time, and went on to sell more than 4.7 million copies in its first month.* World of Warcraft is available in nine different languages — with a tenth, Brazilian Portuguese, slated for release this year — and is played in North America, Latin America, Europe, Russia, Australia, New Zealand, mainland China, Korea, Southeast Asia, and the regions of Taiwan, Hong Kong, and Macau.

For more information on World of Warcraft: Mists of Pandaria, visit Blizzard Entertainment’s official website at www.WorldofWarcraft.com. To keep pace with the continued growth of World of Warcraft as well as development on other Blizzard games, the company is currently hiring for numerous open positions — more information on available career opportunities at Blizzard can be found at http://eu.blizzard.com/company/careers/. 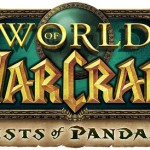 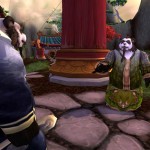 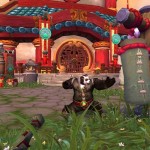 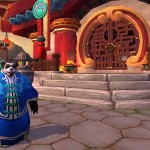 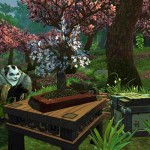 Best known for blockbuster hits including World of Warcraft® and the Warcraft®, StarCraft®, and Diablo® series, Blizzard Entertainment, Inc., a division of Activision Blizzard (NASDAQ: ATVI), is a premier developer and publisher of entertainment software renowned for creating some of the industry’s most critically acclaimed games. Blizzard Entertainment’s track record includes thirteen #1-selling games and multiple Game of the Year awards. The company’s online-gaming service, Battle.net®, is one of the largest in the world, with millions of active players.